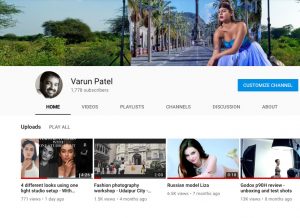 Which camera should I buy ? Shall i buy DSLR or Mirrorless camera systems ? These are some questions which are hitting my inbox on Instagram everyday. You can get great photos with either, but each has its pros and cons. So I have compiled a list of those to help you make the decision that’s best for your photography needs.

First lets understand what is a Dslr camera and Mirrorless camera ? And how they are different than eachother.

DSLR isa digital camera that uses a mirror mechanism to either reflect light from a camera lens to an optical viewfinder (which is an eyepiece on the back of the camera that one looks through to see what they are taking a picture of) or let light fully pass onto the image sensor (which captures the image) by moving the mirror out of the way.

Mirrorless camera is one that doesn’t require a reflex mirror, a key component of DSLR cameras. In a mirrorless camera, there is no optical viewfinder. Instead, the imaging sensor is exposed to light at all times. This gives you a digital preview of your image either on the rear LCD screen or an electronic viewfinder (EVF).

7 pointers to help you decide which camera system is best for you ?

Dslr cameras are bigger than mirrorless cameras, because they have to include the prism and mirror. So if you are someone who likes travelling light with your camera systems, mirrorless is your option. But if you like to have a better grip, i personally prefer DSLR as they can give you very firm grip.

DSLR camera systems are really great when it comes to focusing, specially in low lighting situations. There is no compression between both systems on focusing. Specially if you are into studio photography, I would prefer DSLR systems over mirrorless. DSLRs is superior for autofocusing on fast-moving objects, such as photographing sports or wildlife.

With a DSLR, the optical viewfinder shows you exactly what the camera will capture. With a mirrorless camera, you get a preview of the image on-screen. Some mirrorless cameras offer an electronic viewfinder that simulates the optical viewfinder.  When you’re shooting outside in good light, the preview on the screen of a mirrorless camera will look close to the final image. But in situations, such as in low light or with fast-moving subjects, the preview will suffer, becoming dull or grainy.  A DSLR, by contrast, is better in low light.  So, if you are shooting mostly in good light, both types will perform well. If you are often shooting in low light or other challenging conditions, a DSLR will be easier to shoot with .

Generally, DSLRs offer longer battery life because they have the ability to shoot without using the LCD screen or EVF, which use a lot of power. However, both types will have similar battery lives if you use the LCD screens to preview and view captured images a lot. All DSLRs and mirrorless cameras come with removable batteries, so you can carry a spare.

Surly it doesn’t really matter. Pick the camera that you feel most comfortable with or gives you the features you need for your work. If you need 4K video and exceptionally high-resolution stills, you may be best suited with a Sony a7R II. If you want to shoot fast-paced sports in a professional environment with some long glass, then a Nikon D5 or Canon 1D X Mark II may be just what you need. Trying to save on weight for your next camping trip, an Olympus OM-D E-M5 Mark II could be right up your alley. Find out what is comfortable and fits your needs, and don’t worry about the DSLR versus mirrorless debate.

Varun Patel is big name when it comes to Fashion Industry. His work has been published in magazines like FTL, Femina and many others. He also conducts Fashion Photography Workshops and shares his knowledge with other photographers. He mostly shoots Fashion and Commercial Portraits, during his free time he also likes to experiment with the conceptual editorials. View all posts by Varun

30 thoughts on “DSLR or Mirrorless Camera, which one is best ?”